So Team Reebok has been quite busy these past days preparing for The TEAM REEBOK ZigTech Fun Run happening on the 6th of August at the CCP Complex. Incidentally, the 6th of August is also Kassy’s birthday, so all of you out there say holla! to the birthday girl!

I hope you guys have already registered for the Fun Run because the Team has prepared tons – and I mean TONS – of wildly fun stuff for you. Yes, dahlinks, you will not only be pounding the CCP grounds running on your ZigTech-clad feet BUT you will also have a chance to do some Zumba with us. So f I were you, I would totally brush up on my dancing and bust some serious moves when we Zumba!

And tomorrow, on our special Bloggers’ Night, we have  invited some friends and Facebook followers to join us for some food and revelry because well, you know, no one on the corner has swagga like ours. *wink. wink.*

Last Sunday, 24th of July, Takbo.ph celebrated its 3rd anniversary with RUNFEST 2011 which had a good turnout of runners – mostly loyal friends of Takbo.ph and its founder, the amiable Jinoe Gavan. I became a member of Takbo.ph in 2009, when my friend referred me to the site for upcoming race events, reviews and what-not. Since then I have met and made friends with some good people and it is always, always a pleasant treat to see them at the races. Funnily enough, this was the first Runfest I have ever joined. The past two Runfests, I was always somewhere else.

Team Reebok with the legendary BaldRunner. Photo by A Runners' Circle.

At the Starting Line. Photo by KB Runner. 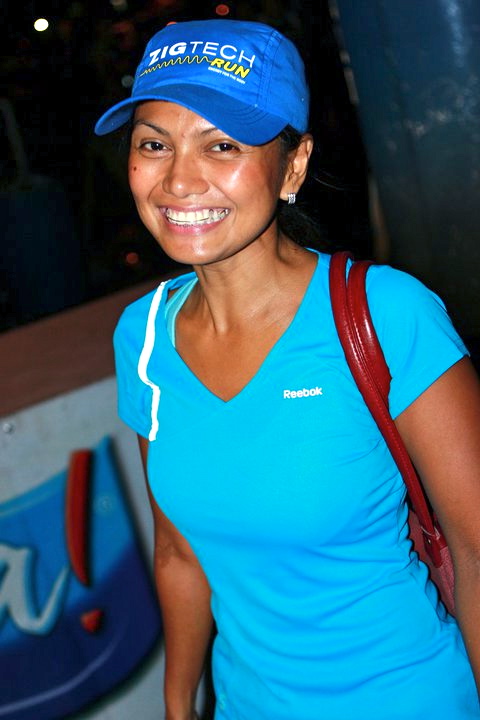 Finally made it to KB Runner's Hit List. hahaha.

It was lovely to see Sir Jovie aka Baldrunner and Patrick ‘The Running Shield‘ Concepcion, two of the very few people I admire in the running community and of course, those that I have been friends with since I joined. I had just arrived the night before and barely had time to unpack and rest before I had to shower and gear up for the 16k race we had signed up for. I haven’t had much time to run when I was away, save for those four short runs with my, uhrrrm, fiance, and my left knee has really been bugging me some bit the past several days (some lingering memento of the Nuvali trail run sometime back) so I thought I’d play it safe on this one. After all, we have the 35th MILO Marathon to prepare for this coming Sunday. This will be my second full marathon and barring unpleasant surprises, I think I just might be able to log a new PR. We’ll see, we’ll see… 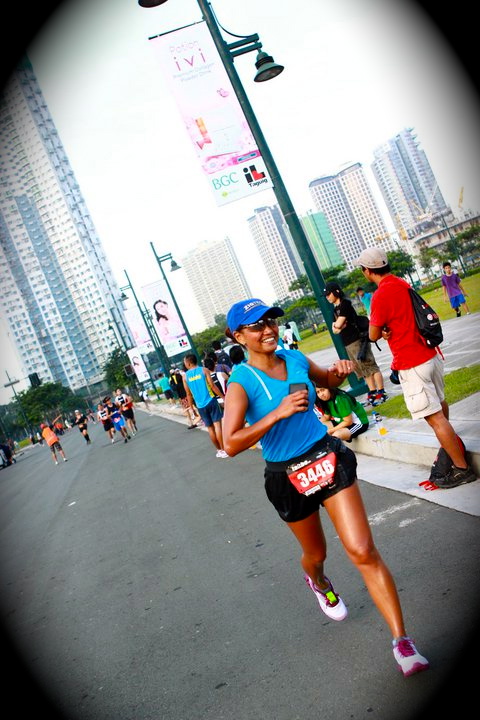 Girl on the run. Photo by KB Runner.

By the way, I did well at the RUNFEST. With a time of 1:32:something seconds, I placed 6th in the Female category. The McKinley and Bayani part of the race route was quite painful to those of us who are not exactly used to cardiac hills but it was fun to see the pained look on nearly everyone’s faces. Hindi ka nag-iisa, Vicky.  hahaha. 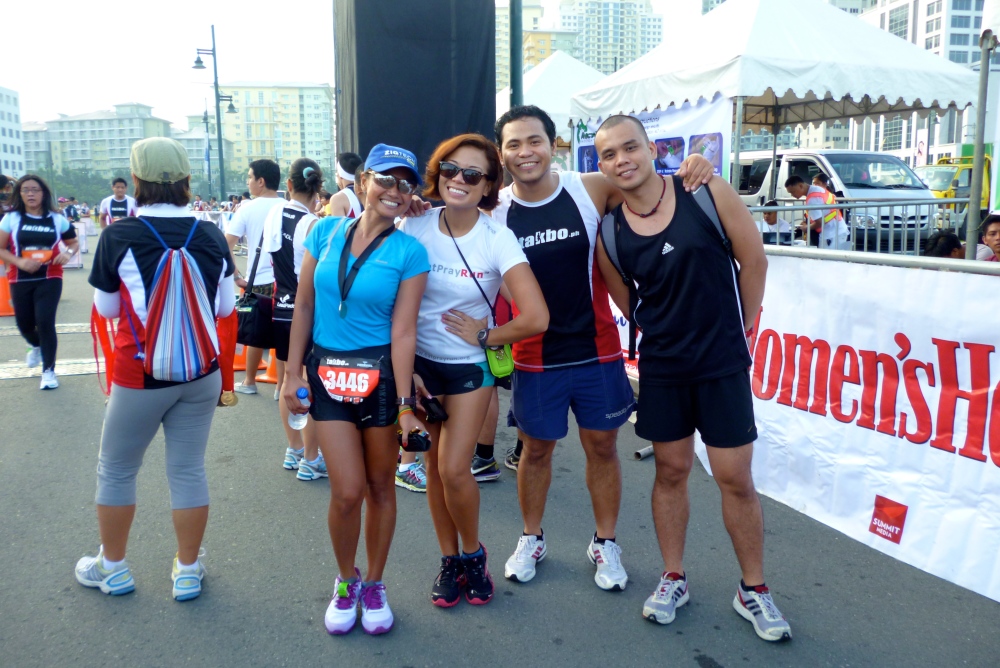 With DJ Chloe and Argo, the hosts of RUNFEST

After crossing the finish line, I spent some time chatting with runner friends I only see at the races. It was also the first time I saw Jinoe and Que’s baby boy, Gab the cutie. I would’ve carried the future marathoner if I weren’t in such a sweaty state. I had a nice chat with CHRIS Sports’ Marketing Manager, Arleen Lindo, who presented me with very nice *surprise* for me to review. Watch out for it!

Waiting for Kassy and Trickoy.

Aaaaand that about sums it up for me and the eventful past few days, so far.

Oh wait. Last Monday, Team Reebok had a fun photo shoot at CURVES Serendra for the Fun Run promotional stuff and also for CURVES itself. The very good-looking Ena Terol took the photos and we all just couldn’t wait to see the shots!

Aaaaaand that’s all folks. For reals.