Thank you Epson and Total Fitness!

Question:  SCUBA is an acronym which stands for…?

This question was asked in the trivia game which our team, the Black Team, failed to get cookie points for as I remember the two other team representatives were a lot faster jumping into the pool and swimming to the other side to touch the letter of the correct answer. We played a few more group games after that, in some of which our team would consistently lose, but there was just so much fun and frivolity at X-FUSION, the Epson Media Adventure, that none of these losses even mattered.

X-FUSION, the second of Epson Philippines’ annual event aimed at showcasing the company’s sales and marketing efforts in first half of the fiscal year as well as providing a glimpse of Epson’s activities in the pipeline,  was held last 12 to 13May at Acacia Diving Resort in Mabini, Batangas with over 20 media representatives coming from business, IT, and trade publications joining EPSON Philippines’ General Manager Donna Ferro, Business Systems Group Head Jay Lavarias, and MarComm and PR Department Head Roe Dillera.

Mr. Jay Lavarias summed up Epson Philippines’ 14 percent overall sales growth at the end of fiscal year 2010 versus 2009 in a short slide presentation. He attributed the growth for Inkjets and Laser printers to a bullish market for 2011. More importantly, corporate markets can expect lower total cost of ownership this year with the launch of 13 more new product offerings.

Meanwhile, Roe Dillera provided a sneak preview of the global corporate vision of the company dubbed “SE15 Vision” or Seiko Epson 2015 Vision after sharing some corporate and CSR highlights in 2010.

But for compulsive adventure seekers like me, the biggest highlight of the event was the Intro to Scuba Diving which Epson got all of us to try out. It my first time to do diving and the days building up to ‘Fusion’, I was teetering on the brink of combined excitement and anxiety. You see, I do not know how to swim and even though nearly all my friends assured me that swimming is not really a requirement – especially since we will have dive masters assigned to us – there were still some niggling doubts in my head until I went 25ft below sea level and found myself enthralled by the glorious sight of colorful fish and corals! We even saw a school of mangrove jacks (or talakitok says my angler friend); some clown fish occasionally peeping out of the corals; and for a while there I wished we had more time to explore. Or that I have the time and resources to actually get PADI certified soon. Now that’s a thought. 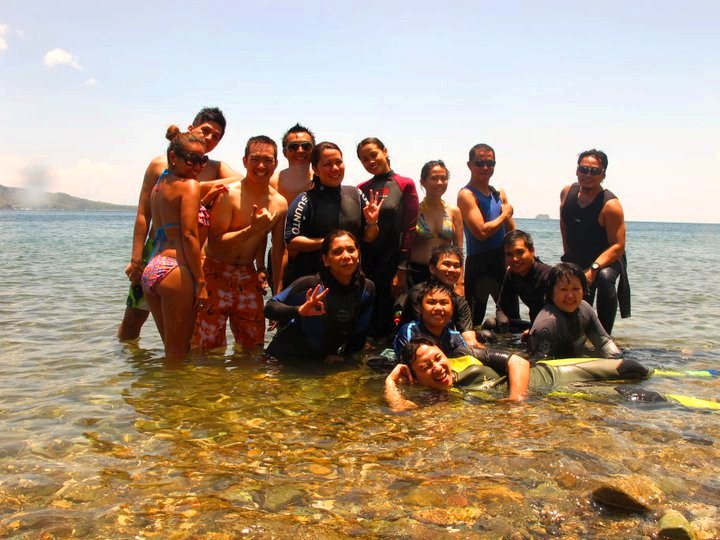 Before taking the plunge, I was pretty sure I would have panic attack just like I did the last time I went on a travel assignment in Pagbilao, Quezon. But surprisingly, I was very calm even from our descent and all the way through the 15 to 20 minutes diving time – which Vlad, the dive master assigned to me, made sure I made the most out of by swimming happily along and befriending sea creatures, even for a brief moment.  Even breathing through the regulator came fairly easy to me I could have sworn I’m a natural!

A few times I heard the ticking sound in my ears and, at one point I had some challenges in neutralizing the pressure I had to signal for Vlad to take me back up to the surface so I can get my bearings right again. When we got down to the spot where we were supposed to take underwater group photos, I got a bit embarrassed when I realized that I was the last one to arrive! 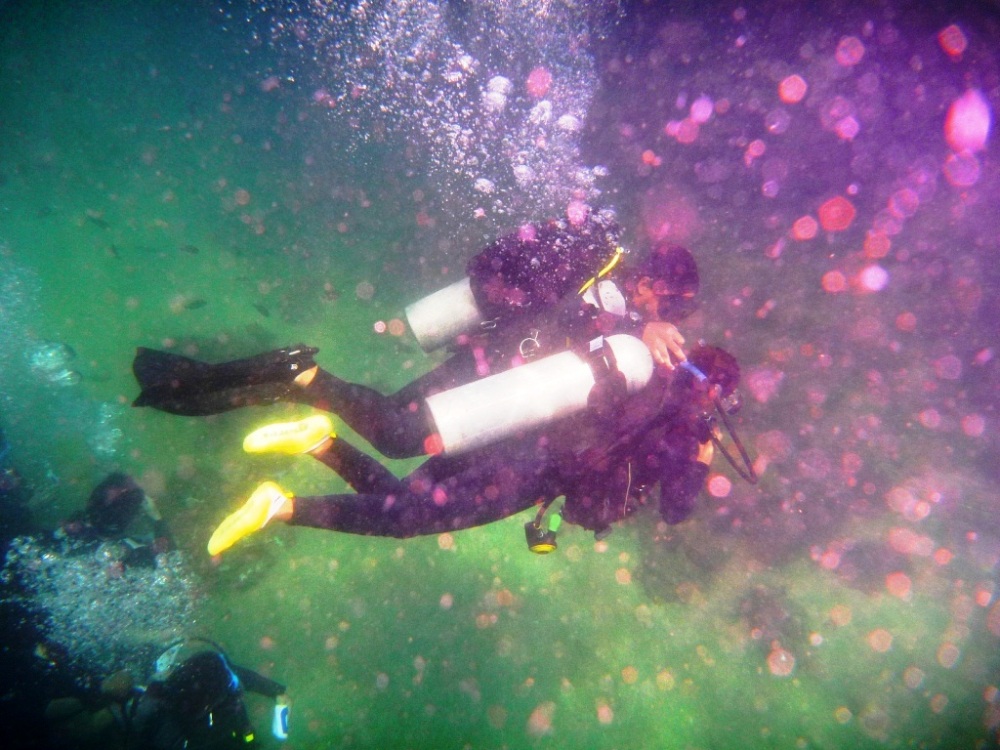 While I am not exactly a stranger when it comes to media offsite as I have had my fair share when I used to do PR stuff for another IT company many years ago – this was my first time to come as part of the media group and I must say it is something else altogether. I could get used to this!

From my slipshod snorkeling experiment in Pagbilao last year, I went ten notches up (or down?) with scuba diving and taking into account the fact that I still dream about the sights and wonders I came across with while underwater, I think it is now just a matter of time before I sign up for a course. My boyfriend (now fiance) says we should get PADI certified soon as I get settled-in with him in Singapore and you know what? I just might take him up on his offer very soon.