I know only of a few people who can make this claim with such bravado and I’m one of them – I love my job. I don’t get paid ridiculously high amount of money but I get to travel to exotic places many people only see in world maps or read about on Blue Planet. Each country I visit offers something different and memorable that I feel it’s unfair to favor one over the other. And as much as I want to remain non-discriminatory, I cannot help but make an exception as some countries undeniably stand out. And among those that I have visited,  Turkey sure takes the cake.

Last March, I was sent to Istanbul on a three-day work assignment. Though my short-lived stay left me with so little a time spent on sightseeing, I feel I have seen, breathed-in, and tasted enough of its natural environs and uniquely beautiful topography to consider Istanbul as an earthly heaven.

With its unique position as a crossing between Asia and Europe, Istanbul is regarded as one of the most important cities in the world and a junction of trade because of the Bosphorus Strait. Four years ago, when I first traveled to Turkey, but in Ankara, I did not have as many beautiful recollections as I now have of Istanbul except for a fire drill that was staged at the Hilton Ankara in the dead of the night which saw some of us rushing out of the room in bathrobe and  very little else.

I took the 4:50PM flight from Manila to Kuala Lumpur where I will have a layover of nearly five hours before catching the next flight to Istanbul. I had my copy of Fyodor Dostoevsky’s Crime and Punishment with me so the long wait did not at all seem unbearable – especially after i got a call all the way from Bahrain telling me that my Fernando Alonso Ferrari shirt and an autographed F1 Bahrain GP plate number are on their way to my office address!

Day One. Temperature was at 6 degrees when we landed in Ataturk International Airport at six in the morning and  in just a few minutes after touchdown, my teeth were chattering and my fingers and toes were turning blue. Yet again, i have underestimated the cold temperature thinking that my sheer maxi dress and open-toed gladiator sandals would provide ample insulation from the biting cold. To make matters worse, my colleague and I couldn’t find each other as I happened to be standing on a different platform from where he initially directed me to. Finally, I saw Kourosh waving at me from the other side of the building and running toward me to help me with my bags. I was so grateful for the warm temperature inside the cab because I was literally close to catching hypothermia. Seriously. I am so used to tropical weather that anything below 19 degrees is already life-threatening for me. A few minutes later, we were in front of SURMELI Hotel, where we will be staying for the next 5 days.

My first day in Istanbul was uneventful, at least on the tourism front, as I was busy attending meetings one after the other. I did, however, get my first taste of this delicious hot beverage called salep. A typical Turkish drink, salep is a mixture of a special powder called salep and milk. The powder of salep is made with a mixture of different spices, and its flavor is unique.Before serving they spread cinnamon over it making the drink more attractive. salep is hot creamy drink, drank in coffee shops and tea gardens in winter all around Turkey. Usually it is drank alone but it also goes well with pies.

Cezayir Sokak has a covered area of 9,000 square meters and a capacity of 3000 people together with the open-air areas. The heaters on the streets allow the open areas to be used even on cold days. 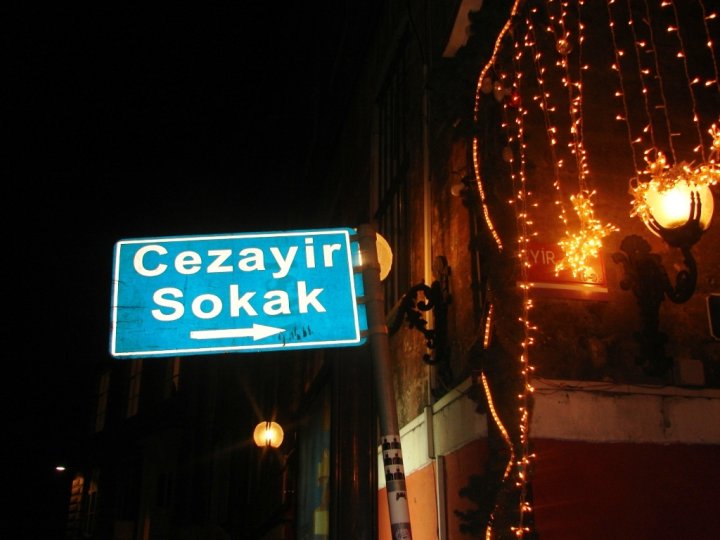 When we were at Chez Vous, one of those quaint little cafés along Cezayir Sokak, power went out for half an hour but it did not lessen the pulsating vibe of the place. Candles were lit, giving the street a more dramatic look, and animated conversations among customers went on as usual.

When the lights came back on, my friend Kourosh and I walked back to Taksim Square where he took me to this quaint Turkish Pub for some Turkish music and light beer. As you know, I have long since turned my back on the bottle of bitter and those nasty cigarettes, but on that night, I thought, why not? I had one bottle of their local beer Efes and thought it was fine. It helped warm me up a little bit but I didn’t ask for another bottle anymore as I still am determined to stay alcohol and nicotine-free for the rest of my life.

Day Three. No matter how often we’re told that all good things must – and they always do – come to an end, doesn’t make it any less painful when you are actually confronted with the finite. That’s how it felt like for me when I had to pack my bags and make my way back to the Ataturk International Airport in Istanbul to catch my 3PM flight, first to Kuala Lumpur and then back to Manila.

Once we were done with work, we tired to do as much sightseeing as we can possibly fit into my final 12 hours in Istanbul. Like an overzealous tourist, I had my camera with me the whole time and stopping every few meters to snap photos of just about anything. Here are some of the places I have seen and instantly favorited. The photographs may not be much to look at, but I hope you guys will like the places captured in the photos as much as I have. 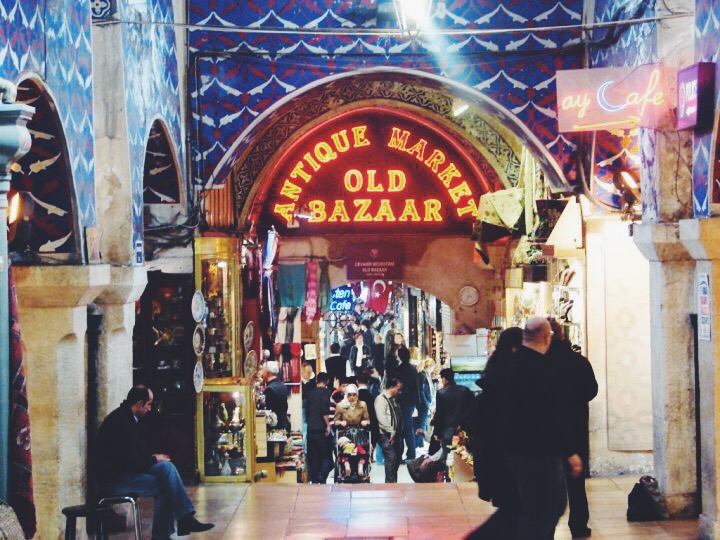